So much has happened since I first wrote about my â€œside projectâ€ to help Dan Ambrosi apply DeepDream to his multi-hundred megapixel HDR landscapes. Here’s a rapid-fire rundown. Be sure to click on the photos below to see a series of (smart!) albums from each event. 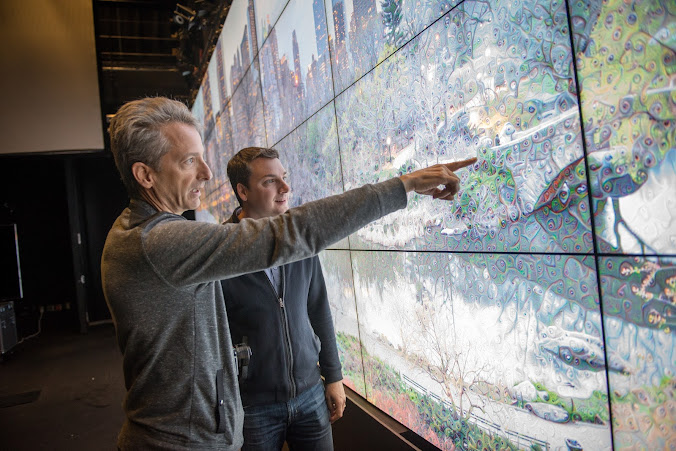 The first chance to view our creations at near “life size” came on March 31stÂ from Calit2 at UC San Diego where Dan was invited to present his work on their 66-million pixel wide room-sized VROOM tiled wall display. Calit2 (whichÂ my father founded in 2000) has a long history of collaboration between science, technology, and the digital arts, so everyone felt right at home, and it provided us with the first visceral validation that seeing this work displayed with sufficiently high scale and resolution was indeed a transformative experience. Here’s a video I shot of Dan controlling the wall, and here’s Calit2’s news release from the visit. It left us energized and determined to see these works printed at scale in the real world. Turns out we wouldn’t have to wait long… 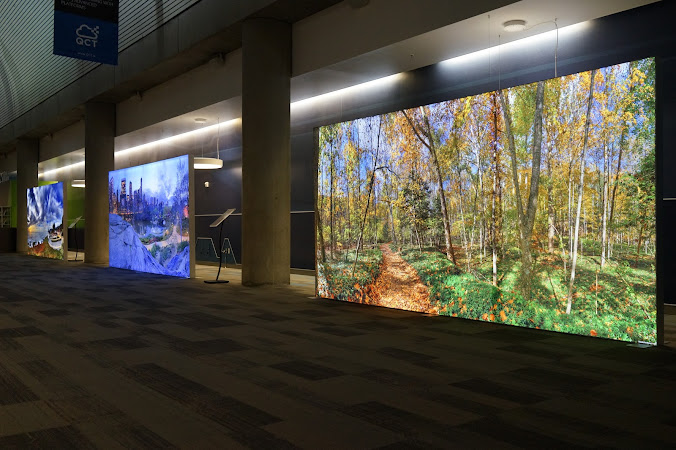 The very next day, Dan installed a series of large format printed Dreamscapes at the massiveÂ GPU Technology Conference, which is held annually by NVIDIAÂ in the San Jose Convention Center. We’d shown NVIDIA our work earlier, and they loved how it showcased the power of what you could compute with GPUs and CUDA, so they agreed to purchase three 8 feet high xÂ 16 feet wide (!) Dreamscapes (printed on tension-mounted fabric backlit by LEDs inside a free-standing aluminum frame) for the main conference hallway. Dan, Chris, and I also gave a well-attended talk (video) on the art and tech behind the Dreamscapes, and Dan gave a couple additional interviews.Â The pieces were a huge hit, and it was so fun to see everyone enjoying them, taking selfies in front of them, standing back to take in the whole picture and then walking right up close to see the surprising details, and grabbing their friends and colleagues with “you gotta see this!” We’re so grateful to NVIDIA for their support, which allowed us to finally unshackle these works from their digital prison and experience them with the full freedom and resolution that only reality provides (for now). 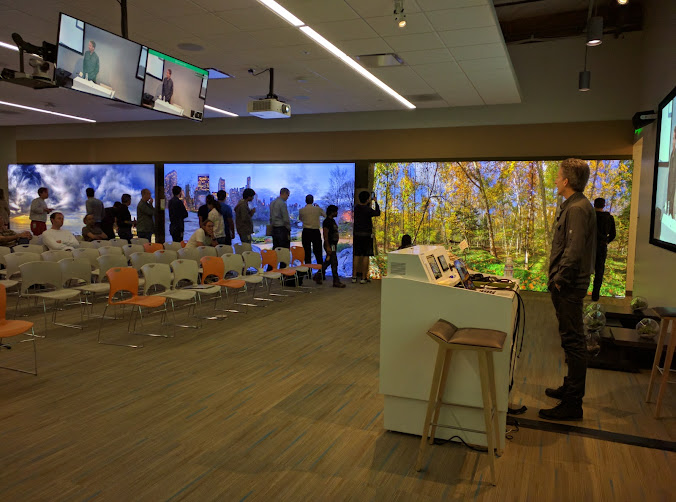 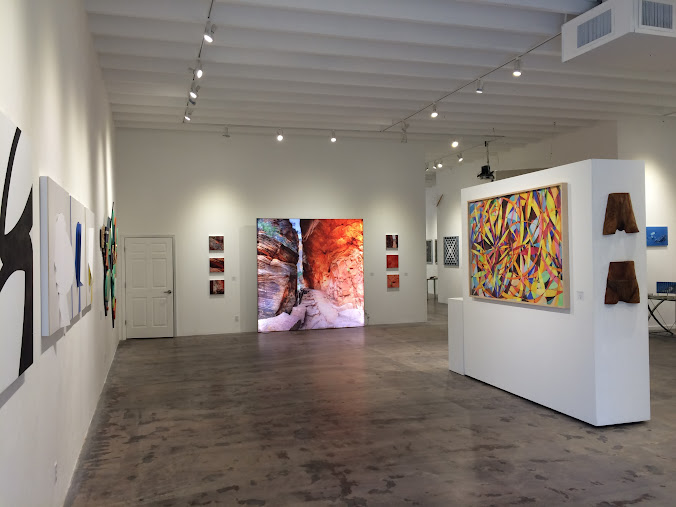 When it rains, it pours. During the time we were showing our work at NVIDIA and Google, Dan was approached by several fine art galleries about exhibiting his work, and he ended up creating installations in contemporary spaces in both Miami, FLÂ and SteamboatÂ Springs, COÂ (more photos). He gave talks at both places, and the enthusiasm from fellow artists and the community was enormously validating.Â He’ll also be showcasing his work at the upcoming 9e2 art + science event in Seattle this October. 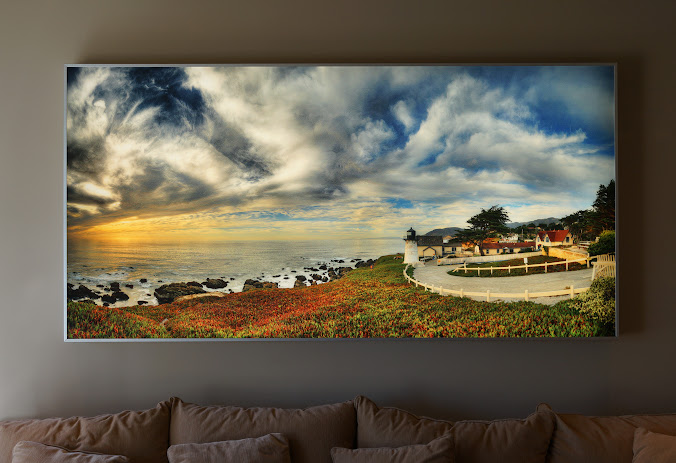 As you can see, it’s been a busy time in Dreamscape land. Yet remarkably, Dan has simultaneously undertaken an end-to-end upgrade of his workflow, from the camera (Sony RX1 â†’ Sony RX1R II, which with its 42.4 megapixel full frame 35mm sensor nearly doubles the effective resolution he can capture, enabling him to shoot scenes that call for a narrower panoramic sweep) to the software (Photomatix â†’ Aurora HDR, which provides better color balance, especially with blue skies;Â PTGui â†’ Autopano Pro, which stitches more accurately resulting in fewer artifacts; and even upgrading to the latest version of Photoshop CC, which can finally handle images larger than 30,000 pixels on a side). He’s currently in the process of “re-mastering” many of his previously captured images with this new suite of tools, as well as shootingÂ new scenes and exploring new DeepDream settings to run on them.